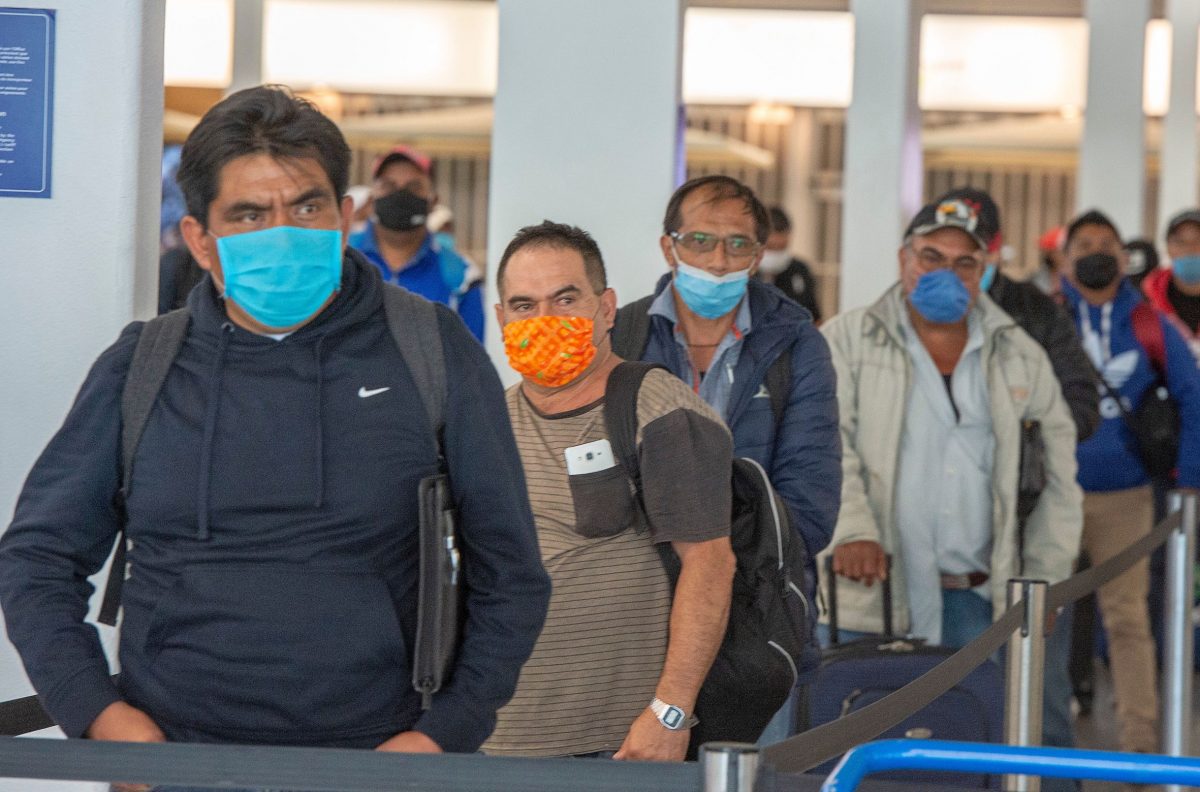 Report into Mexico-Canada recruitment practices calls on Mexico authorities to invest in its enforcement of private recruitment agencies and to negotiate so that employers pay all recruitment fees associated with Canada’s Seasonal Agricultural Worker Program.

Mexico requires an effective and sufficiently resourced labour inspectorate if it is to give force to its laws governing recruitment, and should seek to align the Mexico-Canada Seasonal Agricultural Worker Program (SAWP) requirements with ILO standards on recruitment fees, FairSquare said today in a 150-page report into the recruitment of Mexican migrant workers for jobs in Canada.

FairSquare Projects is a UK-based non-profit human rights organization with a focus on migrant workers’ rights issues. The report, Mexico to Canada: Fair recruitment in review, which examined how workers from Mexico are recruited for work in Canada, was part of the Five Corridors Project, which has been seeking to provide guidance on what states can do to ensure fair and ethical recruitment.

FairSquare also recommended that Mexico revise its labour law and its Employment Agency Regulations (RACT) with a view to empowering the authorities to tackle labour recruitment fraud, including by unlicensed recruiters, and fully empower the Federal Attorney for Labour Protections (PROFEDET) to assist Mexican migrant workers who have been victims of fraud. With specific reference to the Mexico-Canada SAWP, it urged Mexico to hold accountable any official found to have demanded or accepted illegal payments for access to government migration programmes. The report commended Mexico’s strong and clear legal commitment to ensuring that employers, not workers, should pay the costs of international recruitment.

In 2020, Mexicans overseas sent back a record US$40 billion in remittances, with President Andrés Manuel López Obrador hailing migrants  as “heroes”.

“Mexico is one of a handful of states around the world which truly grasps the significance and the consequences of fair recruitment for its workers and we can see this in its very clear laws regarding recruitment fees,” said James Lynch, FairSquare’s co-founding director. “But laws are only half the battle and to allow migrant workers  to better support their families and contribute to the Mexican economy, and prevent the siphoning of their earnings and remittances by abusive recruiters, there needs to be a dedicated emphasis on the enforcement of these laws, as well as an adoption of the international definition of recruitment fees.”

Recruiters left unsupervised
Recruiters in Mexico engage in widespread fraudulent and abusive practices, and while charging workers for jobs is banned under the country’s Constitution, it is in reality commonplace and enforcement of the legal prohibition is extremely rare. A survey by the Centro de los Derechos del Migrante has suggested that up to 58% of workers going to the US may be charged illegal fees, paying an average of 12,000 pesos (US$590). Informal, unlicensed recruiters are particularly likely to charge fees to workers, but the practice exists among the small number of licensed operators as well. It is common for workers to find that terms and conditions they were promised in Mexico do not materialise on arrival. Experts said that Mexican workers sometimes pay fees, buy themselves tickets, and get as far as airports in Canada, only to find there is no-one waiting for them. The General Directorate of Federal Labour Inspections, within Mexico’s Ministry of Labour (STPS), is empowered to carry out inspections of licensed recruitment agencies, but officials told FairSquare that the inspectorate is mainly focused on employment standards within Mexico rather than on the recruitment agents who deploy Mexican workers abroad.

Civil society organisations report that STPS rarely inspects recruitment agencies, even on receipt of complaints. Most recruiters are in any case unregistered and operate outside the legal framework, with only nine agencies licensed to recruit Mexican workers for jobs overseas. In addition to improving enforcement efforts, FairSquare called on Mexico to increase the information available to migrant workers about their rights to zero-fee recruitment and options to bring complaints against recruiters.

SAWP and recruitment fees
In contrast to other models of outward migration, the SAWP is strictly controlled by the Mexican authorities and allows workers a relatively “safe” migration journey to Canada. Because the SAWP removes the Mexican private sector from the equation, illegal charging of fees to workers appears to be restricted to cases of corruption among officials (which while not rare are not endemic). Workers receive and sign contracts in Spanish, and undergo pre-departure orientation. A 39 year old woman from Oaxaca state, about to begin her seventh season in British Columbia’s SAWP, told us, “I’ve heard about people paying and I actually know people who recruit workers in exchange of large quantities for money, but I have never paid for anything.”

However, while SAWP workers generally do not pay recruitment fees, they are required every year to pay costs related to recruitment, such as costs related to their work permit, internal transport within Mexico required for this, and part of their airfare to Canada. These charges appear to be out of step with International Labour Organization (the UN labour agency) standards on recruitment fees and related costs, which expect such costs to be borne by employers. Since workers have to go through these processes each year, this can result in them contributing many thousands of dollars to the programme over the course of their time on the SAWP. FairSquare is calling on the Mexican authorities to work with Canada’s federal and provincial governments to press for the alignment of the programme with international standards and stop the payment of these costs by Mexican agricultural workers.

FairSquare also called on the governments of Mexico and Canada to allow workers and their representatives to take part in annual bilateral meetings on the programme, something that they are not currently able to do, and to improve pre-departure information, particularly in relation to Canadian labour protections, which differ substantially depending on province, and federal and provincial complaint mechanisms.

Consular support
In addition, serious concerns about the SAWP have been raised in the employment phase in Canada, where Mexican consular officials in Canada have a special role in the implementation and monitoring of the programme. Consulates have more resources and authorities available to support SAWP workers than are available for other Mexican workers in Canada, but the large number of workers and the remote locations of farms in Canada places their resources under considerable pressure.

Critics of the SAWP have also accused consular officials of being too close to employers. A female worker told us: “it is like the Consulate is more on the side of employers than of workers, and they just tell you to take care and behave well, and that you came to Canada to work and not to create problems.” The British Columbia Labour Relations Board confirmed in 2014 that the Mexican consulate in Vancouver had identified SAWP workers in contact with unions with a view to blocking them from returning to Canada. These serious concerns notwithstanding, unions and others experts told FairSquare that the provision of consular support by Mexico was much better than other countries not part of the SAWP, and also praised the efforts of some of the Mexican consulates in Canada.

FairSquare is calling on Mexico to provide its missions in Canada with additional resources, and to ensure that they are clearly tasked to prioritise the rights of migrant workers above other concerns.

Background
A full copy of the report, with a summary of findings in Spanish, is available at fivecorridorsproject.org. The report is based on 59 in-depth interviews in Mexico and Canada, including with migrant workers, government officials, recruitment agencies, immigration consultants, employers, NGOs, trade unions, academics, journalists and lawyers. The other countries featured in the Five Corridors Project are Kuwait, Myanmar, Nepal, the Philippines, Qatar, Taiwan and Thailand.