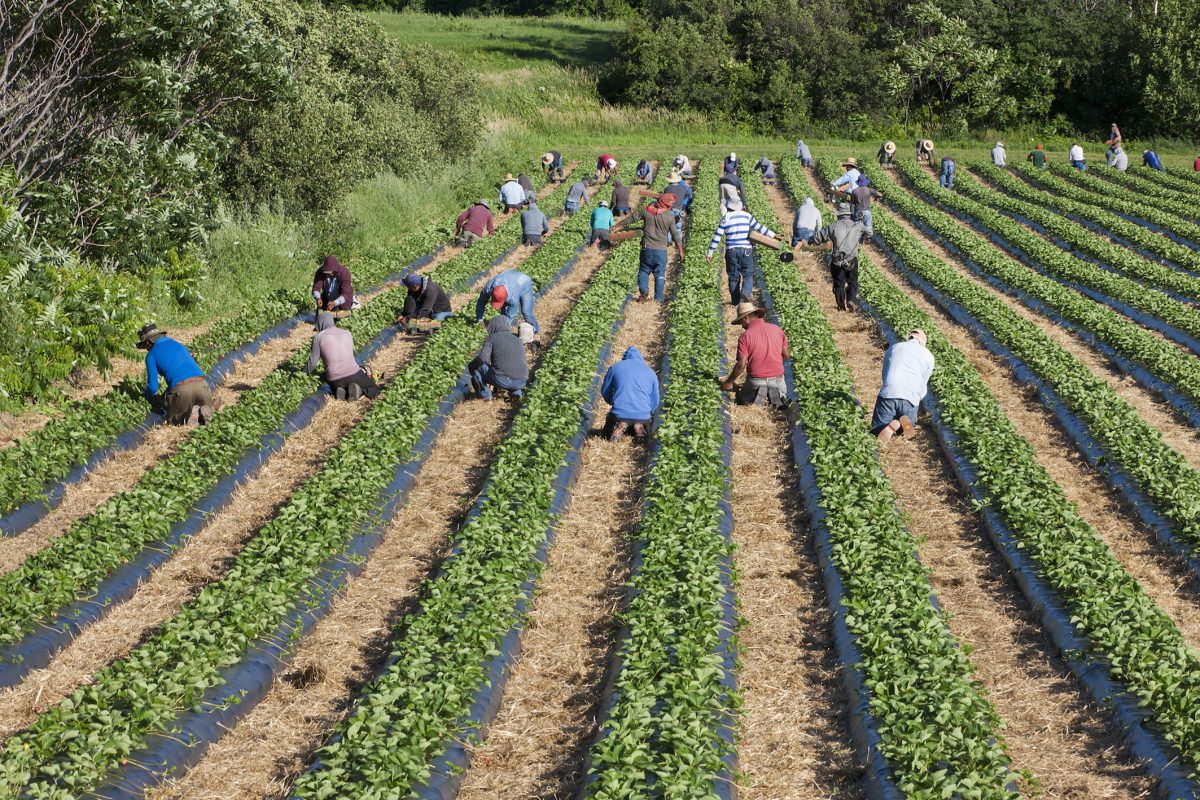 Report into Mexico-Canada recruitment practices calls on federal government to increase job mobility for migrant workers and to restrict the charging of fees by immigration consultants, while provincial governments should remove blanket exclusions on rights for agricultural workers.

Canada’s federal government should provide increased job mobility for migrant workers, in particular by removing the employer-specific work permit, and remove loopholes that put migrant workers at risk of exploitation of exploitative immigration consultants, FairSquare said today in a 150-page report into the recruitment of Mexican migrant workers for jobs in Canada.

FairSquare Projects is a UK-based non-profit human rights organization with a focus on migrant workers’ rights issues. The report, Mexico to Canada: Fair recruitment in review, which examined how workers from Mexico are recruited for work in Canada, was part of the Five Corridors Project, which has been seeking to provide guidance on what states can do to ensure fair and ethical recruitment.

FairSquare also recommended that federal authorities expand access to residency to low-wage migrant workers, and strengthen compensation mechanisms for workers. The report commended Canada’s efforts in a range of areas, including the fact that all provinces clearly prohibit worker payment of recruitment fees, the introduction of the open work permit for vulnerable workers in 2019, and the establishment of the Migrant Worker Support Network, an initiative to improve engagement between migrant workers, civil society organisation, and government agencies.

“The Covid-19 pandemic has highlighted what a critical contribution migrant workers make to Canada’s society and economy, from agriculture and care to essential services,” said James Lynch, FairSquare’s co-founding director.

“But it remains the case that far too many low-wage workers remain in precarious situations, either because they are excluded from labour laws due to the sector they work in, because they are reliant on their employers for their immigration status, or because they are indebted after paying exorbitant recruitment fees to be in the country.”

Agricultural workers at risk
The majority of the approximately 30,000 Mexican workers in Canada – making up approximately 10% of Canada’s migrant workforce – are seasonal agricultural workers, who migrate annually through the government-run Mexico-Canada Seasonal Agricultural Worker Program (SAWP). The relatively strict management of this programme means that workers do not generally pay illegal recruitment fees to migrate. Nevertheless the scheme has seen persistent complaints by workers, including illegitimate pay deductions, excessive and sometimes extreme working hours, and crowded, unhygienic accommodation. One woman working in Alberta told researchers that during the pandemic in 2020 her employers had hidden her and her colleagues from government inspectors in order to conceal the true number of workers staying in each room.

Canadian employment law is set at provincial level, and agricultural workers are excluded from key worker protections in many parts of the country, a practice researchers have termed “farm worker exceptionalism”. In Ontario and Alberta,  provinces which host large numbers of Mexican migrant workers, agricultural workers are not able to unionise and bargain collectively. In addition, agricultural workers in several provinces, including Ontario, Quebec, British Columbia, and Alberta variously lack basic workplace rights such as limits on hours of work, daily rest periods, time off between shifts, rest periods, or overtime pay. The International Labour Organization (the UN labour agency) has called for governments to rethink the exclusion of agricultural workers from labour laws, and has specifically criticised Ontario’s bar on unionisation in the sector. Domestic workers, or caregivers, face comparable exclusions in several provinces.

The employer-specific worker permit
For most migrant workers employed under Canada’s Temporary Foreign Worker Program (TFWP), their work permit is “employer-specific”, sometimes referred to as “closed”, while SAWP workers have to obtain the permission of their employer to switch jobs. The fear of losing employment and being repatriated by their employer can make it difficult for migrants to refuse dangerous work or excessively long hours. One Mexican SAWP worker told researchers that the inability to change jobs, “gives the employer the ability to impose everything he can over the worker, then the worker cannot even say ‘you know what, I’m going to look for work elsewhere’.”

In 2019 the federal government introduced the Open Work Permit for Vulnerable Workers in 2019, “to provide migrant workers who are experiencing abuse, or who are at risk of abuse, with a distinct means to leave their employer”. In the first 18 months of the scheme’s introduction, approximately 800 open work permits were issued, at a rate of roughly 10 per week. However, unions and civil society organisations supporting workers in accessing the permit told researchers the process is overly complex, a concern that federal officials acknowledged.

The report calls on the federal government to consider prohibiting worker payments to immigration consultants when they are applying to the TFWP and other programmes where work permits are linked to specific employers.

Complexity of Canadian governance and its effects for migrant workers
FairSquare also calls on the federal and provincial governments to improve coordination and provide more consistent protections for workers. A 2020 Immigration Refugees and Citizenship Canada (IRCC) research paper points out that the country’s federal governance structure results in “markedly distinct coverage of migrant worker protections across Canada and inconsistency of rules for relevant players, including recruiters active in multiple jurisdictions.” While Manitoba, British Columbia, and Saskatchewan among others have strict licensing systems, Ontario and several other provinces do not require labour recruiters to register in order to operate, a policy which unions and recruitment agencies have called to be reversed.

Migrant workers seeking to make complaints in Canada have a wide range of options, but are often reliant on civil society organizations and unions to help them identify which type of complaint they should bring. The report highlights the fact that there is no funding for legal aid for migrant workers bringing employment cases, unless they can be classified as trafficking, and recommends that governments consider funding legal aid to help migrant workers with the filing of federal and provincial complaints and related processes, including obtaining open work permits in situations of abuse..

Background
The report is based on 59 in-depth interviews in Mexico and Canada, including with migrant workers, government officials, recruitment agencies, immigration consultants, employers, NGOs, trade unions, academics, journalists and lawyers. IRCC provided a written response on our draft findings.

The other countries featured in the Five Corridors Project are Kuwait, Myanmar, Nepal, the Philippines, Qatar, Taiwan and Thailand. A full copy of the report, with a summary of findings in French, is available at fivecorridorsproject.org.