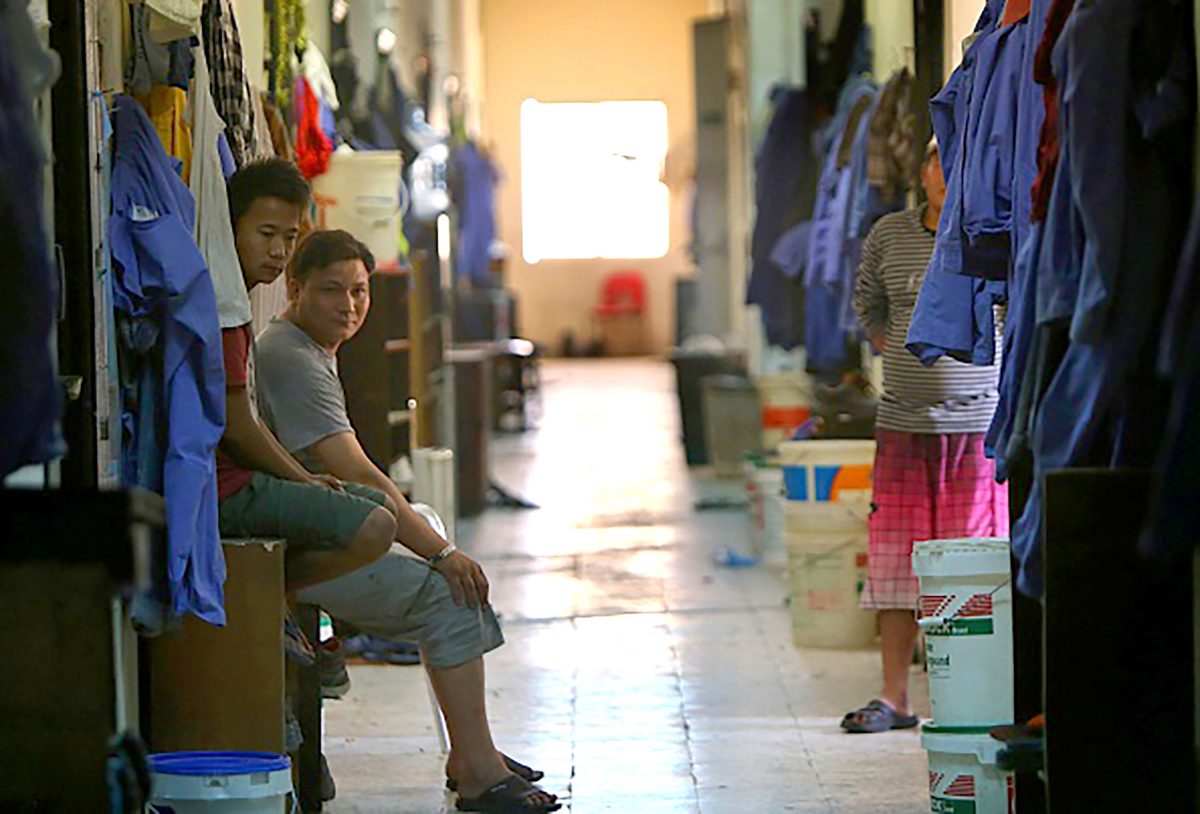 Labourers from Nepal sit outside their rooms at a private camp housing foreign workers in Doha, on May 3, 2015. The Qatari government has announced new projects to provide better accommodation for up to one million migrant workers. Today they organised a media tour of existing housing camps and new ones. AFP PHOTO / MARWAN NAAMANI (Photo credit should read MARWAN NAAMANI/AFP via Getty Images)

FairSquare has joined Amnesty International, Human Rights Watch and a range of football supporter groups, civil society organisations and trade unions to call on FIFA to help establish a comprehensive Qatar 2022 programme to ensure all labour abuses to which the organisation contributed are remedied, and to set aside appropriate financial resources.

In a joint letter to FIFA President Gianni Infantino, the coalition has urged the organisation to allocate at least as much as it awards to teams playing in the World Cup:

“FIFA should reserve an amount not less than the US$440 million prize money offered to teams participating in the World Cup, to be invested in funds to support remediation. This would represent just a small percentage of FIFA’s anticipated US$6 billion revenues from the tournament and the US$1.6 billion it holds in reserves. This amount reflects a likely “floor” for the scale of harm suffered and the need to invest in programmes to ensure that abuses are not repeated in the future. The final amount required for remedy will be determined by the scale of the need, the harms to be redressed and reparation measures to be offered, should be decided through a participatory process and subject to an independent evaluation.”

In 2010, when FIFA awarded Qatar the right to host the World Cup, it was well documented that labour abuses and exploitation were rife in the country. The rights of migrant workers, who formed about 95% of the country’s workforce, were severely limited by the country’s kafala sponsorship system and undermined by poor enforcement of labour laws, allowing unscrupulous employers to abuse migrant workers with impunity. While there has been progress in recent years, human rights abuses persist. When FIFA awarded the tournament to Qatar, it knew or should have known the risks this would pose to migrant workers’ rights. In awarding the 2022 World Cup without imposing any conditions to avoid foreseeable labour rights abuses and subsequently failing to take measures in this regard, FIFA contributed to the widespread abuse of migrant workers on World Cup-related projects that followed.

The scale of human rights abuses linked to the World Cup is significant. FairSquare has worked with Amnesty International to document the high rate of unexplained deaths among migrant workers, and its Vital Signs Project examines the cumulative risks migrants working across the Gulf face. In its Five Corridors Project, FairSquare has also documented persistent abuses in the recruitment of migrant workers to Qatar, and the difficulties that workers face in claiming back unpaid wages.